There is a Giant Elephant in the Room 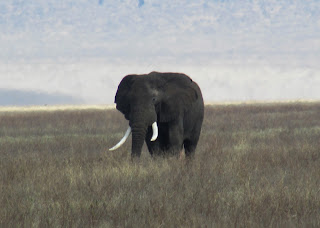 There is a giant elephant in the room. This creature moves about clumsily and with little fanfare. The weight of its presence is unmistakable, yet it seems to be relegated to the shadows. Its impact is ponderous and fully compatible with its enormous size and girth. Wherever it moves, it by necessity creates a wake that is capable of extremely disruptive power. Wherever it is, it produces consequences that are readily and immediately apparent, yet is never given the credit that it truly deserves. It is capable of disrupting gravity and, on account of its mass, drawing everything ineluctably within its sphere of influence. What is the real identity of this “mysterious” entity?

This creature is the sterling product of the economy of greed. This creature is a devotee of social unbalance and instability. This creature has been spawned by an economic system gone amok. It has sculptured a social order in which a massive share of the nation’s wealth has been funneled into the outstretched hands of the very few. Much of this overblown wealth has been squirreled away into offshore accounts that most likely add up to trillions of dollars. This enormous disparity has led to the creation of a ruling class that controls the purse strings of power that effectively corals the formulators of public policy to do its biding and puts enormous restraints upon effecting change for the common good.

This creature has produced many offspring that have been disseminated throughout the world. The object of their cooperative endeavor is to maintain the status quo at all costs. This creature possesses no discernible moral compass – anything or any process that delivers profit is totally acceptable. If this means adding poison into the air and water at increasing and often alarming rates, well that is no problem, for within its distorted vision of reality that never was a concern to begin with. If this means mass producing weapons that can kill and maim with stunning precision and making enough of these so as to arm every man and woman throughout the globe well than that is the way of things and, therefore, as it should be. If this means injecting flotillas of satellites into near-earth orbit for the sake of amassing wealth, well let it be even if it should rob the night sky of its inherent beauty and threaten the very future of space exploration.

This giant elephant in the room happily transcends logic and makes a mockery of reason as it distorts reality, endangers perception, and undermines truth. However, not unlike the parasite that ultimately kills its host, this creature cannot survive in a desolate world that may well be the product of its own making.
Posted by Joseph Aprile at Saturday, February 19, 2022