A Brief Analysis of the Human Kind

I have made repeated references to the structure of the human brain and the advantages and disadvantages it imposes upon human existence.  To dramatize this point of view, I include an obviously fictional analysis of the nature of humanity made by an advanced alien species. 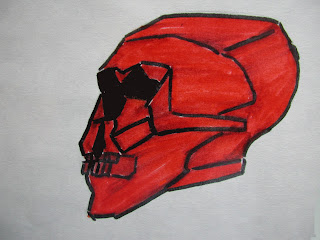 A Brief Analysis of the Human Kind

We have been studying the predominant species on planet earth for an appreciable expanse of time.  They are a curious species that takes great pride in their individuality.  The following is an admittedly brief summary of our analysis to-date.

Humans walk their planet’s surface, ply its oceans, examine their environment, question, build, innovate, destroy and constantly multiply their numbers.  Burdened with self-consciousness they make every effort with varying degrees of success to understand their existence and place in the larger universe.

For the most part, their intelligence has been more than adequate in terms of survival.  In fact, they have produced over 7 billion of themselves.  Their ever-increasing understanding of life processes have increased their possible lifespan to over one-hundred years.  They have made significant progress in the understanding of their physical environment and have begun to extend their reach into their solar neighborhood and beyond.

The evolution of their central control system – what they refer to as the “brain” – has resulted in a significant dichotomy.  From the few specimens our exploratory team has managed to obtain, our scientists shown that there is “lower” brain that controls essential functions and harbors the source of emotions apparently related to ancient survival programming and a higher order structure relegated to complex thought, analysis and where the seat of reasoned judgment resides.

This singularly interesting organization shaped by the evolution of their species is the source of their impressive attributes that have brought the benefits of what they consider advanced technology and simultaneously have plagued them with a dark propensity towards bigotry, hatred and unimaginable violence.  This latter “quality” has led to numerous, brutal, costly and unnecessary wars against their own kind.  It has left them in a world with unfathomable disparities between life outcomes based upon differences in skin color, place of origin, and culture in spite of the fact that they are all members of the same species.  They are, in fact, a schizophrenic race.

There are, of course, exceptions to this generalization.  There have been individuals throughout recorded human history who have effectively transcended the limitations imposed upon them by their biology.  In addition, life experiences can help mold personal outcomes.  However, for the most part the data reliably supports our general conclusions.

This unique organization of their brains has resulted in the emergence of a self-consciousness that is impregnated with intense emotion – one of the strongest is the fear of the unknown.  Within the scope of the internal reality created and maintained within their unique brain structure, the awareness of the eventual termination of their existence leads to a most profound fear.  This fear can be so debilitating that individuals seek to ameliorate its reality by invoking the existence of a superior being or beings that they refer to as god(s).  These super-human creatures, have been imbued with omnipotence and immortality.  As a result, over the generations, elaborate belief systems have evolved in which the proposition of life after death is a central aspect of the dogma.  Many of their kind who passionately embrace these belief systems have become quite delusional in their thinking.

Sadly, it is differences in religious belief that have profoundly contributed to wars of aggression between peoples.  It is this same religious belief that has stymied the natural progression of science and seems to have helped to propel the entire species on a path of social evolution that is bound to bring them profound grief and desolation.

Since their neuronal organization and structure is embedded within their inheritance, every new individual is born with the same inherent propensities and weaknesses.  This imposes a severe limitation upon the very nature of reality that they can perceive.  For the most part, humans live within what we refer to as a very limiting, “reality space.”  They seem incapable of fully embracing the wondrous nature of the vast universe of both thought and substance in which they reside.  They seem to navigate like lost souls through internal conceptions of self and other that obfuscate the immense and awesome beauty of existence.

Our research into this intriguing species will of course continue.  However, our general prohibition regarding making direct contact with them remains steadfastly in place.  It is our strongly held conclusion that unless and until this inheritance is modified, there is a vanishingly small possibility that their collective future will be different than what seems apparent.

This line of inquiry will continue and we will produce periodic reports especially when new discoveries are made regarding the progress and fate of this most interesting example of intelligent life.