The Rule of Law in Serious Jeopardy 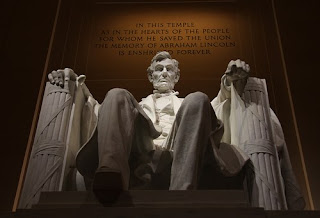 The United States was conceived by its founders as a Democratic Republic with its political structure carefully delineated in the nation’s Constitution. This model has held up for 230 years weathering many difficulties including a devastating and debilitating civil war that a significant region of the country has yet to overcome. The nation is currently in the midst of a deep and corrosive crisis that has left the country dangerously polarized. This kind of internal schism has happened before over such issues as civil and minority rights and the Vietnam War. However, the rule of law has prevailed in the past and preserved the union. Civil society especially in a democracy cannot thrive without the bulwark that a system of law provides.

What is particularly onerous about the current political climate is that the rule of law is in serious jeopardy. The evidence that has accumulated regarding the actions taken by the President over the length of his administration to date has ineluctably led to the House of Representatives conducting an impeachment inquiry. This inquiry has shown, through the sworn testimony of impeccable witnesses from the government, especially from the State Department, that the President has acted counter to his primary function as protector and defender of the U.S. Constitution, and, as a matter of fact, has put his personal interest and political ambitions ahead of his duties as President, obstructed justice on his own behalf and went so far as to directly intimidate a witness in the midst of her testimony.

In spite of this incriminating data, the Republican Party has continued to defend his actions with the serious implication that his continued unlawful behavior is acceptable, and he should be allowed to remain as the nation’s President. It is clear, at this point, that the House definitely will go on to impeach him. The leadership of the Senate is now in the possession of the Republican Party and its leader has already suggested the outcome of the forthcoming trail regardless of the evidence that will be put before them. If this outcome transpires, the message is clear – The President is above the law and immune to any consequences of his illegal behavior. This is a path we should not go down as a nation and a people. Without the rule of law, civil society cannot function. In effect, we would have a totally corrupt government with no apparent accountability.

Should the above scenario occur, it would then be up to the electorate to voice their disapproval at the upcoming general election. In my estimation, should this man be re-elected, the nation we have assumed to represent our values and democratic sensibilities will no longer exist. It would have been successfully supplanted by something onerous and inimical to our future prospects as a sane and sustainable society. In such a corrosive environment, “a nation of, by and for the people” will no longer be extant.
Posted by Joseph Aprile at Monday, November 18, 2019