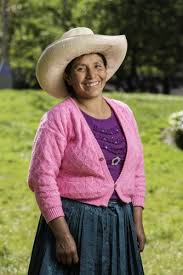 Over the recent past, Peru has experienced accelerated growth in the mining industry. With the prospect of increasing employment and the possibility of much-needed revenues coming from resource development as promised by competing mining interests, the government of Peru has awarded mining licenses throughout the country, especially in the Northern Peruvian Highlands of Cajamarca where it has been estimated that nearly one-half of the land in this region has been consigned to mining interests. In the regions impacted by this growth in mining, the rural campesinos effected remain in poverty and have felt the deleterious environmental impact that are an inevitable consequence of mining operations, especially heavy-metal water pollution that has a profound impact upon both health and agriculture.

For example, Colorado-based Newmont and Buenaventura, a Peruvian mining company, jointly owned and operate the Yanacocha Mine – a highly profitable gold and copper mining operation. As this operation was becoming exhausted of these precious materials, its owners looked elsewhere and in 2010 proposed the development of a new site for the mining of gold, the Conga Mine, ten miles from Yanacocha. This project involved draining four nearby lakes and transforming one of these lakes, Laguna Azul into an initial mining site. This project would ultimately threaten the headwaters of five significant watersheds in the Cajamarca Paramo ecosystem, a high-altitude wetland.

Máxima Acuña’s personal story is indicative of the plight of native peoples in Peru and elsewhere in South America. Acuña and her husband purchased land in a rural section of Peru’s northern highlands – Tragadero Grande. They built a small house and managed a modest farm growing potatoes and other crops as well as managing sheep and cows for the production of cheese and milk. There, they raised a family and felt safe and secure within their apparently peaceful environment. What they did not realize was the fact that Newmont and Buenaventura Mining sought to incorporate her land to fulfill their goal of developing the Conga mine.

The harassment and cruelty that Acuña had to endure at the hands of the mining company in collusion with the Peruvian government was quite extraordinary. The mining company demanded that the family had to abandon their home. When Acuña refused, armed forces came, destroyed the family’s home and possessions and physically abused her and one of her daughters. In addition, the mining company brought the family to court and sued for squatting on their own land. At the end of this legal battle, Acuña was found guilty and fined nearly $2000 dollars – a remarkable sum for a subsistence farmer.

Undeterred and determined to resist this assault on her and her family’s rights, Acuña sought help from GRUFIDES – a non-governmental organization (NGO, http://gurfides.org) created to advocate for the native peoples of Cajamarca (see map below) in response to the incursion of mining interests in the region. 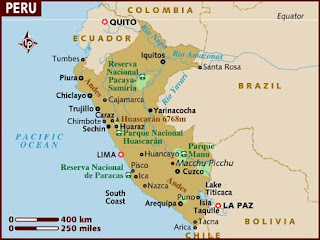 With the assistance of her attorney, Mirtha Vasquez, Acuña appealed the court ruling against her
using official documents that showed that she held legitimate title to the land erroneously claimed by the mining company. Finally, in December 2014, the court found in her favor. As a result, the Conga mine failed to expand into Tragadero Grande.

In spite of this apparent legal victory, Acuña was still subjected to relentless harassment on the part of the mining company and its paid security contractors. For example, a fence was built around her land, her potato crops were willfully destroyed, and placed her and her family under intense scrutiny with the aim of preventing Acuña from planting additional crops in the hopes of ultimately driving them off the property. Currently, the legal battles continue in the Peruvian Supreme Court.

Regardless of this horrific assault on her way of life, her livelihood and her well-being, Acuña has maintained her indomitable determination and optimism. As a result, she continues to be an inspiration for those who are suffering daily from the impact of the relentless harassment and intimidation perpetrated by mining interests in the region and elsewhere.
Posted by Joseph Aprile at Saturday, July 27, 2019